In fall 2017, writer and musician Vivek Shraya began receiving vivid and haunting hate mail from a stranger. Acclaimed artist Ness Lee brings these letters and Shraya’s responses to them to life in Death Threat, a comic book and a compelling act of resistance.

Using satire and surrealism, Death Threat is an unflinching portrayal of violent harassment from the perspective of both the perpetrator and the target, illustrating the dangers of online accessibility, and the ease with which hatred can be digitally spread.

An excerpt from Death Threat: 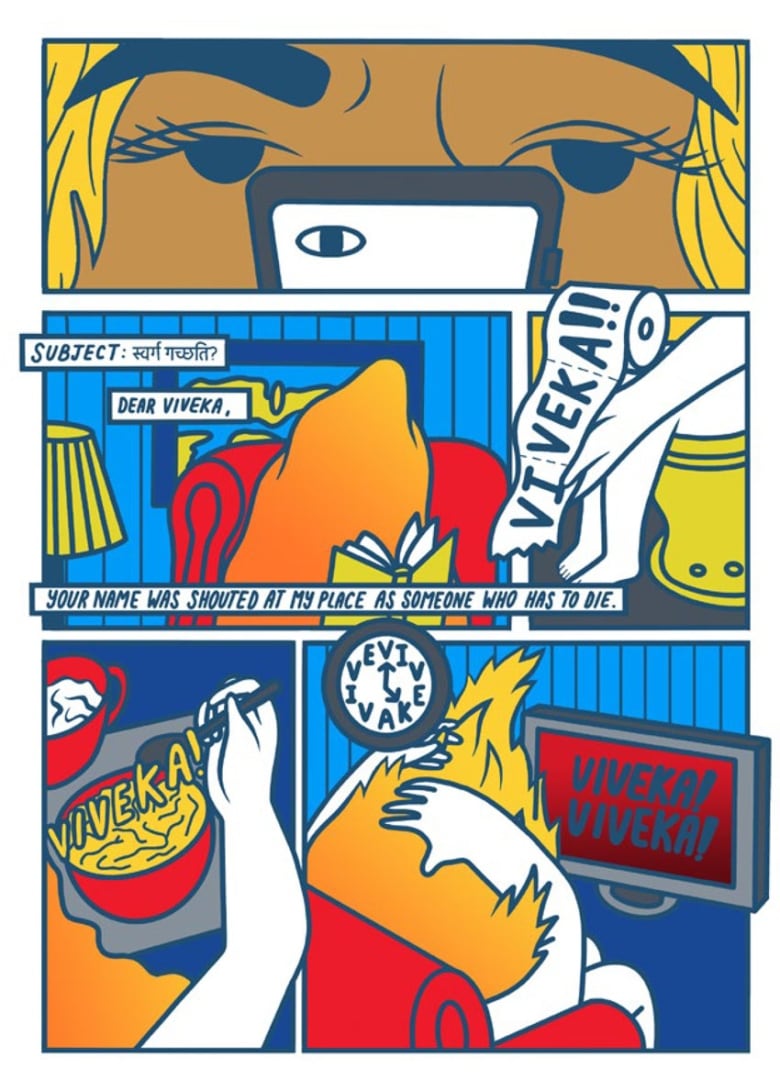 Vivek Shraya is an artist whose body of work crosses the boundaries of music, literature, visual art, theatre, and film. Her best-selling new book, I’m Afraid of Men, was her­ald­ed by Vanity Fair as “cultural rocket fuel,” and her album with Queer Songbook Orchestra, Part‑Time Woman, was nominated for the Polaris Music Prize. She is one half of the music duo Too Attached and the founder of the publishing imprint VS. Books.

A five-time Lambda Literary Award finalist, Vivek was a 2016 Pride Toronto Grand Marshal, was featured on The Globe and Mail’s Best Dressed list, and has received honours from The Writers’ Trust of Canada and The Publishing Triangle. She is a director on the board of the Tegan and Sara Foundation and an Assistant Professor of Creative Writing at the University of Calgary.

“Honestly, it was such a joy-filled process. I’m always hesitant to admit that because I don’t want to diminish the severity of receiving death threats and hate mail, but the point of the project in a lot of ways was to use humor to dismantle the power of the messages.”

“For me personally, as a writer that is queer and trans and racialized, I’m often thinking about how to make work that speaks to my communities and/or supports them. These were some of the audiences that I imagined and hoped for. Simultaneously, I also wondered if it was possible for men to engage with this book. Is it possible to write the book in a way that could ignite and challenge and inspire men?”